Dr. Ford graduated from Hendrix College in Conway, AR with distinction in Biology and then completed his medical degree from the University of Tennessee Medical Center in 1992. He and his wife first fell in love with Charleston during his General Surgery Residency at the Medical University of South Carolina. He is Board Certified in Surgery, a Fellow of the American College of Surgeons, and a member of the Southeastern Surgical Congress.

He moved back to Charleston in 2016 after being in private practice in the Memphis area for 19 years. He enjoys the variety of General Surgery, and especially minimally invasive robotic approaches to common surgical problems; such as hernia, gallbladder, adrenal and the small and large intestine. He lives in Charleston with his wife, Angie, and has two grown sons.

Board Certified in Surgery
Fellow, American College of Surgeons
Diplomat, National Board of Medical Examiners

A procedure to repair a hernia in the abdominal wall.
Learn more

A procedure to repair a hernia in the groin area.
Learn more

Reparation of a bulge through the healed incision of a previous surgery in your abdomen.
Learn more

A procedure that fixes a bulge or pouch that forms in the abdominal wall near the belly button.
Learn more

A hiatal hernia is a type of hernia in which abdominal organs slip through the diaphragm into the middle compartment of the chest.
Learn more

Colon Removal
A surgical procedure to remove a diseased portion of colon from either colon cancer, polyps too big to removed with colonoscopy, or diverticulitis.
Learn more

Gall Bladder Removal
A surgical procedure to remove your gallbladder — a pear-shaped organ that sits just below your liver on the upper right side of your abdomen.
Learn more

Adrenal Gland Removal
A surgical procedure to remove one or both adrenal glands. Tumors or disease to the adrenals may inhibit hormone production or produce excessive hormone levels, causing a variety of symptoms.
Learn more

Acid Reflux Surgery
A surgical procedure to prevent stomach acid from reflux into the esophagus causing injury and pain not relieved by medication.
Learn more

As a Board-Certified General Surgeon, Dr. David W. Ford operates with a minimally invasive robotic surgical system to repair ventral and inguinal hernias. Both minimally invasive approaches only require one or a few small incisions that doctors use to insert surgical equipment and a camera for viewing. 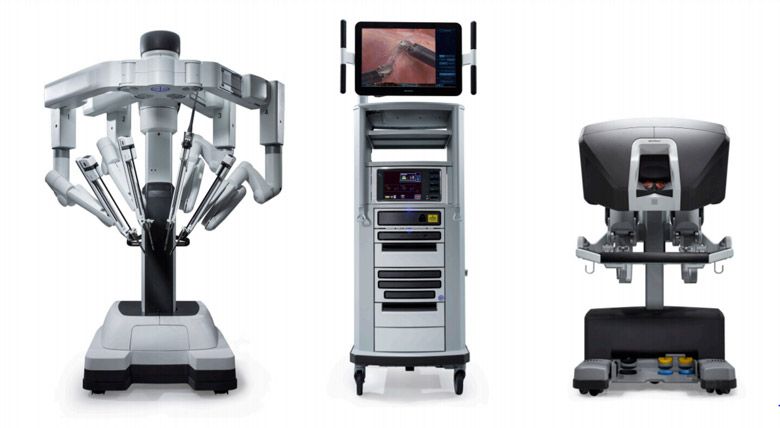